What is gas expansion

The carbon dioxide would be changed from the liquid state to gas state immediately after it is being heated, then the gas would form very big pressure inside the tube which would lead to the volume expansion and produce a very big expansive force . The popularization and application of the Carbon dioxide After transient heating ,the carbon dioxide would be changed from the liquid state to the steam state, When the state changed, the volume would be 600times bigger than before.

After transient heating,the carbon dioxide would be changed from the liquid state to the gas state, When state changed, a big pressure would be of formed then the rock would be cracked after the blasting disc being broken. Indeed, the gas volume is only the power source to produce the gas pressure, the gas pressure is the true reason to lead the rock cracking not like some suppliers said the bigger the gas volume is, the better the rock cracking effective is. 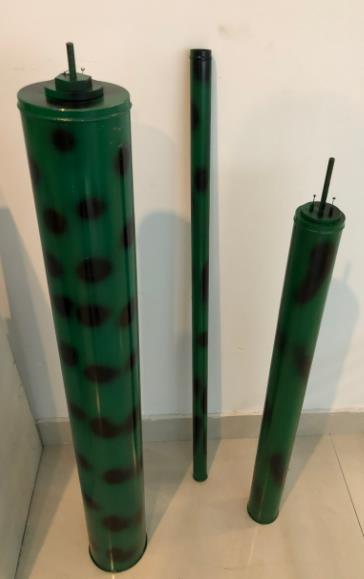 CO2, gas expansion fracturing is a result of physical volume change, it has not shock wave, vibration wave, blasting wave, etc. That means gas expansion forms from combined action of gas volume and pressure, instead of explosive. Equip with 3-ton AWD (ALL Wheel Drive) dump crane,which simplify the transport and hoisting installation,does not need and extra excavator and save costs a lot.

Send this to a friend